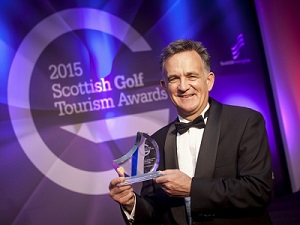 Colin Dalgleish co-founded PerryGolf with his brother Gordon in 1984. Today he serves as Managing Partner responsible for identifying unique golf travel opportunities presently highlighted by his personal oversight of the Company’s golf cruise program operated in partnership with Azamara®.

Colin began playing golf at 9 years of age and was a three-time Scottish High School champion before going on to become Scottish Amateur Champion at age 20. He took a golf scholarship at Ohio State University where he played alongside PGA Tour players John Cook and Joey Sindelar and was a member of their 1979 NCAA winning squad. He returned to Scotland where he graduated with a BA in Accounting from Stirling University prior to founding PerryGolf. 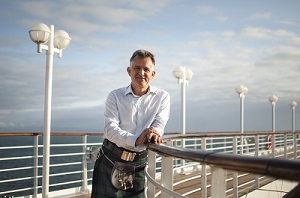 He played in the 1981 Walker Cup match at Cypress Point against a USA team which contained Hal Sutton & Corey Pavin. He was appointed Captain of the Great Britain & Ireland Walker Cup Team for both the 2007 Match at Royal County Down and the 2009 Match at Merion. An 18-year-old Rory McIlroy was part of the 2007 team that played against a USA side which featured current PGA Tour stars Rickie Fowler, Dustin Johnson, Billy Horschel and Webb Simpson.

Colin’s travels have taken him to almost every corner of the globe where he has played many of the world’s finest courses along with some of its most remote and hard to reach venues. His leadership role since PerryGolf formalized its exclusive partnership with Azamara in 2011 has been the planning and execution of the Company’s annual portfolio of 15-20 worldwide golf cruises. Colin will be onboard 6-8 voyages each year serving as your host and program director.

Beyond PerryGolf, Colin has served on the Amateur Status and Equipment Standards Committees of the R&A. His time on the Board of Golf Tourism Scotland earned him its Lifetime Achievement Award in 2009.

While his competitive golf days may be behind him and his handicap increasing, like all golfers he holds out hope for an improving game!