In the village that is home to the worlds oldest distillery, between the Giants Causeway and Royal Portrush Golf Club this award winning hotel and restaurant has been outstandingly successful in re-creating it's origins as an old Coaching and Mill House. Open peat fires, gas lights and striped pine set the tone in this living museum of Ulster Hospitality while the Restaurant has an international reputation in serving the best of new Irish cuisine. In 2009, Bushmills Inn unveilled a new extension consisting of 19 oversized bedrooms and a new reception, bringing the total rooms to 41 which allowed the hotel to advance to a Four Star property whilst still maintaining the same theme throughout. 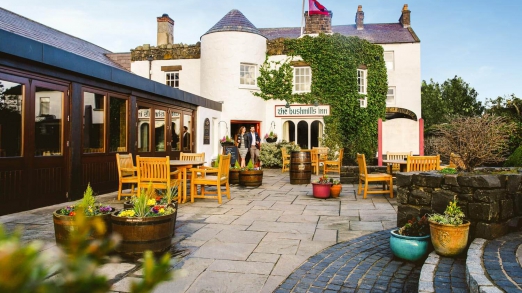