Northern Ireland’s Royal Portrush (Est 1888) is routinely ranked among the World Top 15 and never less than fifth among the great clubs of the UK and Ireland.  It is the only club outside of Great Britain to host The Open which it has done twice; in 1951 and 2019.  Harry Colt is largely responsible for the current layout which opened in 1932.  He chose the high ground on magnificent dunes land the club had acquired for two courses that was full of deep valleys, long ridges and large plateaus. His achievement here is how the holes follow the sand formations and the greens which are some of the most cleverly conceived in golf. Changes were made in advance of The 148th Open that included two new holes, the exceptional 7th and 8th, which turned the old 17th and 18th into a staging ground for the championship.

WEBCAST - A Greenside Chat: "The Story of Where There's a Wilma, There's a Way ~ Wilma Erskine" 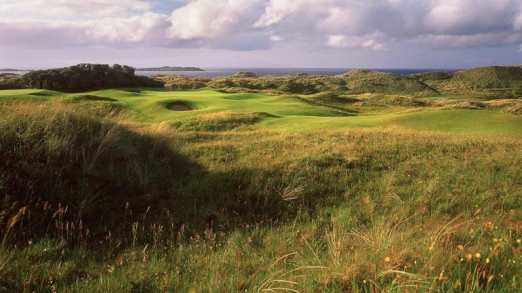