Deal, as it is more commonly known, lies along a continuous dune in a narrow strip of land between the English Channel and farm grazing land. It runs out along the seashore and returns inland on a parallel strip to its starting point in a traditional links layout. In the prevailing wind the seven-hole finishing stretch is second-to-none. Deal has hosted the Open Championship in 1909 and 1920 and was to have done again in 1949 until the sea flooded the course. 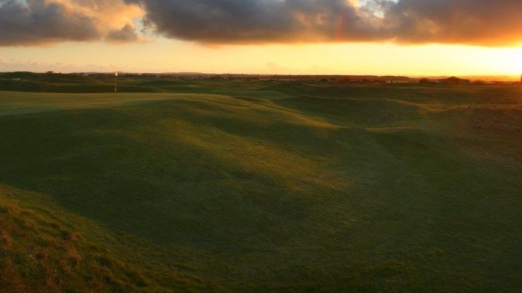