A course that provides a formidable test of links golf and fully deserves its recognition as a true venue for The Open since joining the rota in 1954. Each hole runs in valleys between towering sandhills. The problems are clearly stated, if you stray from the fairway the buckthorn and scrub can be demanding. Arnold Palmer won the championship here in 1961 which was a significant step toward attracting top American pros to participate. Tom Watson won the Claret Jug here in 1983.  Jordan Spieth won in 2017. 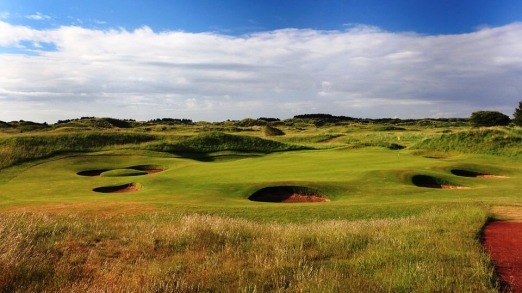