An hour north of Inverness, along a crescent shaped stretch of the Dornoch Firth is a narrow strip of softly contoured dune land rising on two distinctive levels, providing just enough room for fairways framed by heather and gorse. It is here where Royal Dornoch was founded in 1877.  Old Tom Morris extended the layout to 18 holes in 1886 which has been modified over the years to produce a layout consistently ranked today among the world’s top 20.  MacKenzie & Ebert improved four holes and built a new 7th.  The club was Donald Ross’ famous inspiration for raised, domed greens. 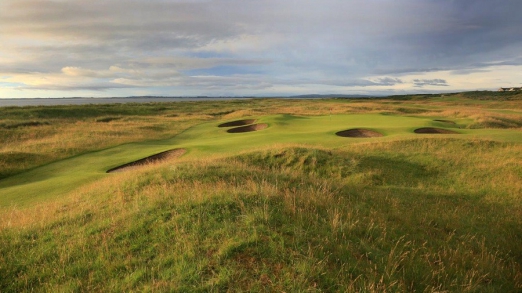