Portmarnock Golf Club is ranked No. 49 in Golf Magazine’s Top 100 Courses in the World. This windswept links features devilish pot bunkers and low dunes that have challenged legendary golfers of every era. Arnold Palmer partnered with Sam Snead to win the 1960 Canada Cup on the Old course and The King described the 15th as the best par-3 in golf. Phil Mickelson and David Duval led the United States to victory in the 1991 Walker Cup here while Ian Woosnam, Seve Ballesteros and Bernhard Langer claimed Irish Open titles on the venerable layout. 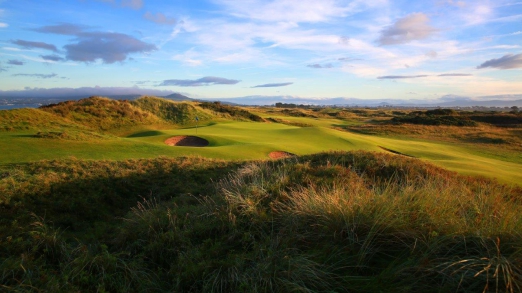