Castlerock is the lesser known of three links in the area lead by Royal Portrush and Portstewart but by no measure a pushover.  A round on this 6,767 yard par 73 within several strokes of your handicap is well played.  Founded with 9 holes in 1901, extended to 18 by Ben Sayers in 1908, then modified by Harry Colt in 1925, then again by Martin Hawtree in 2017, the club has done an admirable job of evolving with the game. There are no cupcakes here.  The club’s signature hole is “Leg O’Mutton, a 200-yard par 3 played to an elevated green with the railway right and a burn left.  The nine hole course is well worth a turn particularly for the par 5 fifth considered to be one of the most scenic in Irish golf. 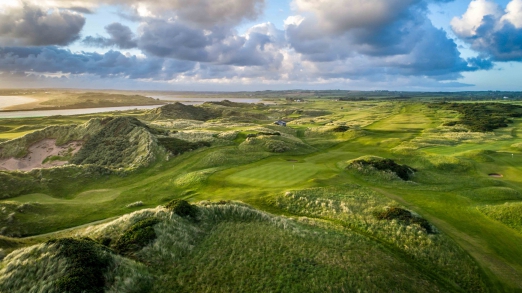