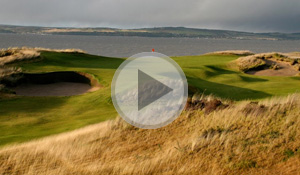 Treasure hunting links golfers will be pleased to find new loot in the Highlands at Castle Stuart.  It was Golf Magazine’s “Best New International Course of the Year” in 2009.  It was ranked World 56 and selected to host the Barclays Scottish Open in 2011.  Better still, if you’re the type that likes to hit the ground playing, the first tee is but 2.9 miles from the airport!

END_OF_DOCUMENT_TOKEN_TO_BE_REPLACED

Edinburgh is a city that should be on your list of places to visit while in Scotland; a great place full of charm and fascinating history. On a recent visit there, I stayed at the Sheraton Grand Hotel – the hotel is in an excellent location, only a short walk from the restaurants, bars, shops and the sights.

The highlight of my stay was a visit to the Thermal Suite located in One Spa at the hotel; you are able to enjoy the different spa experiences in the thermal suite that include a gently heated Laconium, the blissfully scented Aroma Grotto, the warming Tepidarium and the Rock & Bio saunas. You also have access to the Hammams, the rain forest showers and the rooftop Hydropool. There is an extra cost for use of the Thermal Suite – for a resident to utilize the Suite, it will cost an additional £25.00. I would say it was definitely worth the additional amount, it is a great relaxing experience and I would recommend this to anyone.

After an afternoon spent rejuvinating in the spa, I visited Edinburgh Castle which offers an interesting history and is always a ‘must-visit’ while in Edinburgh. I enjoyed drinks and dinner at The Living Room located in George Street, a short walk from the hotel. Excellent food; classic dishes that I would call home comfort food.

The evening was finished with a night at The Stand Comedy Club – never a disappointment and great end to an excellent night in Edinburgh.

By Denise McKee. Denise has worked for PerryGolf for over 10 years and is one of the members of staff responsible for our British Isles programs.

As a property we use frequently for clients wishing to stay in a city location without substituting luxury, we are looking forward to witnessing the “new-look” Sheraton Grand after the refurbishment.

After a visit from Gayle Harthill, the Sheraton Grand’s Account Director, we were able to gain insight into the hotel’s forthcoming plans. All 260 rooms are going to receive a complete over-haul and the hotel will actually acquire 8 new rooms as well as 7 different categories of rooms (not sacrificing the option of the popular views of Edinburgh Castle of course!) The transformation will see soft, natural colours and fabrics being implemented into the rooms providing a warm and convivial setting in which to relax and revivify; their aim is to combine a traditional Scottish feel while maintaining the contemporary features which are standard in the rooms.

Work has now commenced and the first wing should be completed by April 2010, with the refurbishment completed in full by July.

The location of the hotel is in the heart of Edinburgh city and is well-situated for access to Princes Street, the historic Royal Mile and Holyrood Palace, with many other attractions close by.