The 2013 Scottish Open at Castle Stuart shall enjoy one enviable footnote; it is the first regular European Tour event to be broadcasted on network television in the USA (on NBC). Doubtless this shall introduce many more golf fans to the wonderfully designed Castle Stuart which was opened in 2009. Castle Stuart is the creation of Mark Parsinen (who created Kingsbarns) and Gil Hanse (of Olympic Golf Course notoriety).

It has added yet another dimension to a region of Scotland that was historically famous for Royal Dornoch, the course where Donald Ross served his apprenticeship as a greens keeper. Ross subsequently emigrated to the USA and built an untold number of courses using the same style he had seen at Dornoch with pushed up greens. Beyond these two fine links courses you will enjoy Nairn (venue for the 1999 Walker Cup Matches) and a myriad of classic, small town links golf that includes Tain, Brora, Nairn Dunbar & Lossiemouth. This is a region of Scotland that is rich and understated, yet thoroughly enjoyable links golf in it’s purest form.

This Google Earth Video Tour below gives some sense of the logistics of the area, with a range of accommodations options including the recently completed Quarryfield House which serves as an ideal base for groups in which to remain in one location and enjoy an exclusive-use facility.

In the last year or two, Trump International, about a 2 hour 15 min drive to the east, has enjoyed much deserved attention. It is a fine, modern style links course and with another course having been announced, it will add yet another arrow in a full quiver of exceptional golf experiences. Aberdeen serves as the host city to the oil & gas industry which works in the deep and challenging waters of the North Sea.  It has also been home for many years to three great links courses: Royal Aberdeen (venue for the 2014 Scottish Open), Cruden Bay & Marcar. Each of these courses is a treat to play and another reason to extend your stay in the Highlands of Scotland.

Quality accommodations and restaurants abound in both Inverness & Aberdeen, which despite their northerly location in the British Isles, have become quite chic and sophisticated for visitors to enjoy.

While all of the “name” golf courses in Scotland that are associated with hosting the Open Championship are in the Lowlands, there are plenty of reasons to find the time to enjoy the Highlands. One visit and glimpse of the scenery and you will clearly understand why each region has it’s respective moniker. 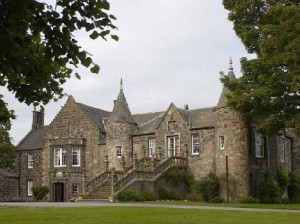 The Meldrum House is a fantastic country house style property located to the north west of Aberdeen, Scotland.  It’s in the ideal location if your next stop is the Dornoch / Castle Stuart / Nain region, as you’re already on the correct side of Aberdeen, while it’s a very handy base for the best courses in the Aberdeen area; being only 25-45 minutes drive from Royal Aberdeen, Cruden Bay and Trump International.

END_OF_DOCUMENT_TOKEN_TO_BE_REPLACED

The club that would become Royal Aberdeen Golf Club in Aberdeen, Scotland, was founded in 1780. It was a city club until 1888 when it relocated 2 miles up the coast to Balgownie. After 126 years, the world’s 6th oldest golf club will host the European Tour’s Scottish Open in 2014.  The pros will find what links lovers have known for years that there is no finer outward nine in the game as there is at Royal Aberdeen. END_OF_DOCUMENT_TOKEN_TO_BE_REPLACED

We at PerryGolf are very excited to read that work has been completed at Donald Trump’s new golf course at Balmedie in Aberdeenshire.  The course development got off to a rocky start with some objections from local groups; but they seem to have created a world class course – whether the Trump International Golf Links will be the best course in the world as Mr Trump claims, remains to be seen but we are looking forward to July next year when the course opens for play.

This new addition makes Aberdeen a ‘must visit’ region of Scotland on a golf tour with other great courses like Royal Aberdeen, Murcar and Cruden Bay also on your doorstep.

Full details can be seen by clicking here.

By Alastair Niven.  Alastair has been with PerryGolf for over 11 years and is one of our Golf Travel Specialists.