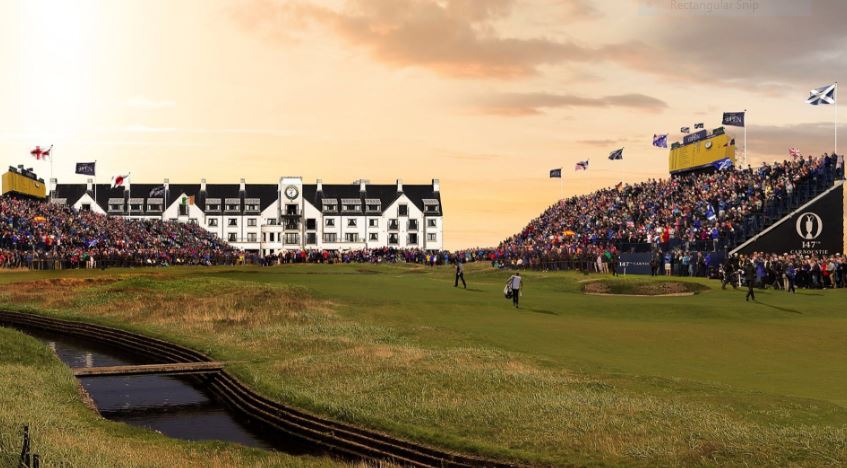 The 147th Open at Carnoustie begins in 10 days. Final Qualifying was held last week at Notts (Hollinwell), Princes, St. Anne’s Old Links and Renaissance in the U.K., and continued last weekend on the PGA Tour where the top four finishers inside the top 12 at A Military Tribute at the Greenbrier who were not already exempt punched their ticket to Scotland. Kelly Kraft, Brandt Snedeker, Jason Kokrak and Austin Cook earned their way into the field.

Ballyliffin’s Glashedy Links – and its sister Old Course – are popular featured options when PerryGolf visits Ireland’s northern coast. Glashedy Links proved an admirable host for the European Tour’s qualifier for The Open – the Dubai Duty Free Irish Open. Ryan Fox, Zander Lombard and Andy Sullivan added their name to the tee sheet at Carnoustie through their strong play at Ballyliffin.

The final two spots in The Open are reserved for the champions of the Scottish Open and John Deere Classic – if those players are not already in The Open field.

PerryGolf is pleased to offer an array of Escorted Tours, Custom Tours and Cruises for golfers interested in tackling the majestic links of The Open rota and sites of Final Qualifying that are sprinkled throughout the British Isles. In addition we’ll guide you through the U.K. and Ireland’s multitude of other venerable layouts, including the familiar world renowned designs and the delightful hidden gems. Every package presents attractive options in course selection and trip duration, catered to fit the specific needs of each guest.

Anyone wanting to experience the action and excitement of The Open next year as it makes a historic return to Royal Portrush, join host  PerryGolf co-founder Colin Dalgleish on a 12-night, 5-round voyage from Edinburgh to Southampton, including rounds at Royal Birkdale, Ailsa Turnberry and Royal County Down. Attend the final round of The 148th Open and watch the game’s best golfers battle for the Claret Jug. (See all the details below).

PerryGolf also delivers several other appealing options for golfers aiming to play Ireland’s best and enjoy the final round at Royal Portrush – here’s one example of such a Custom Tour: https://www.perrygolf.com/standard-quote.php/115139/The-148th-Open-plus-Dublin-Newcastle–Londonderry.html

Those wanting to brush up on their history before next week’s championship by learning more about past champions of The Open will want to tune into “Chronicles of a Champion Golfer,” which is produced by the R&A. The first two seasons are available on Netflix, and elsewhere, while the third season is currently airing on Golf Channel. We watched the Nick Pride episode recently and found it compelling. Price, a gentleman of the game, discussed serving in the Rhodesian Air Force during wartime, the impact of losing his father at a young age and near misses at The Open before he prevailed in 1994 at Turnberry.

This is the eighth time Carnoustie has played host to The Open and the links considered the most difficult in the rota certainly has carved its place in the championship’s rich, storied history.

Padraig Harrington hoisted the Claret Jug at Carnoustie most recently, defeating Sergio Garcia in a playoff in 2007. The legendary Ben Hogan won The 82nd Open in 1953 in his only appearance in golf’s oldest championship. Hogan was also the last golfer to win the first three legs of the modern Grand Slam. He was unable to play the final tournament the PGA Championship, due to a scheduling conflict and the 36-hole-per-day match play format, as he came back from a horrific auto accident.

Yet, it’s quite possible that one particular championship at Carnoustie – The 128th Open – will live forever in infamy. It was a unforgettable moment in golf history, and one, unfortunately that will always be recalled for the man who squandered the Claret Jug and not the champion who eventually claimed it.

Jean Van de Velde, a unheralded French pro, played flawless golf for 71 holes that week in 1999. He arrived at the tee of the daunting par-4 18th holding a three-shot lead, needing only a double bogey to secure the title. An errant tee shot was the first of a series of mistakes that ultimately created a three-way tie atop the leaderboard and a playoff won by Paul Lawrie of Scotland. (Here’s a good trivia question to ask while having a pint with your golfing pals: Who was the third participant in the playoff?).

This evening, Golf Channel debuts “Go Down Swinging,” which projects as an excellent documentary of the events 19 years ago. You can relive the agony of the final hole fiasco featuring commentary from the inestimable Peter Alliss, below. The answer to our trivia question is Justin Leonard.

Italy stands alone in our portfolio for the greatest range of course styles and the most fascinating collection of cultural marvels. Narrowing down to just five reasons for a golf vacation to Italy is nearly impossible; however, we’ve done our best to highlight 5 of the reasons why we think you’ll love a visit… END_OF_DOCUMENT_TOKEN_TO_BE_REPLACED

PerryGolf has taken great pride over our years to deliver unique golf and travel experiences which epitomize our slogan ~ Play the Game. See the World.™ Our 2014 Golf Cruise portfolio typifies that ethos.  Each of our hotel barges is an all inclusive cruise with exceptional dining on board by your private chef and staff. We have multiple itineraries in Burgundy and Provence plus England in addition to Scotland for 2014.

END_OF_DOCUMENT_TOKEN_TO_BE_REPLACED

Do you love golf? Watch it every weekend on TV and then hit the links with your friends week after week, only to realize once again that golf isn’t as easy as the Pros make it look on TV? 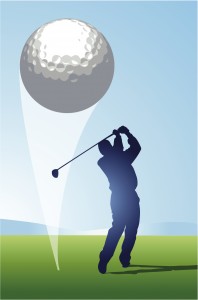 END_OF_DOCUMENT_TOKEN_TO_BE_REPLACED

Do you remember the 2010 British Open at The Old Course at St Andrews? Then you can’t forget this great golf shot…