PerryGolf has taken great pride over our years to deliver unique golf and travel experiences which epitomize our slogan ~ Play the Game. See the World.™ Our 2014 Golf Cruise portfolio typifies that ethos.  Each of our hotel barges is an all inclusive cruise with exceptional dining on board by your private chef and staff. We have multiple itineraries in Burgundy and Provence plus England in addition to Scotland for 2014.

END_OF_DOCUMENT_TOKEN_TO_BE_REPLACED 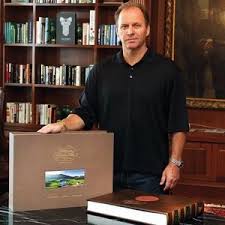 When I conceived the idea to produce a work on golf courses in South Africa, my vision was to set a new publishing standard and I decided from the outset that the end result would be a sumptuous work of art…

END_OF_DOCUMENT_TOKEN_TO_BE_REPLACED

The Ryder Cup is a men’s golf tournament played between Europe and the United States every two years.  The venue for the competition, which is administered by both the PGA of America and the PGA European Tour, alternates equally between Europe and the U.S locations.  The Ryder Cup is named after the Englishman Samuel Ryder, who donated the prized trophy.
END_OF_DOCUMENT_TOKEN_TO_BE_REPLACED

Lonely Planet’s Best in Travel 2014 contributor Tom Hall said: “Next year Scotland will be well-deservedly taking the spotlight on the world stage…The country’s buzzing cities and stunning scenery have plenty to offer visitors, combined with an incredible calendar of events and Scotland looks set for a year-long celebration.”
END_OF_DOCUMENT_TOKEN_TO_BE_REPLACED

Planning a golf vacation? Keep in mind when packing that a successful golf vacation starts well before you even leave your home. Scott Kramer provides a series of helpful hints to make packing easier than ever. This infographic was originally published by Links Magazine.
END_OF_DOCUMENT_TOKEN_TO_BE_REPLACED