This week our guest for a Greenside Chat is Colin Sinclair, Chief Executive of Nairn Golf Club, a terrific links on the itinerary of any golfer visiting the Scottish Highlands. Colin discusses with PerryGolf Co-Founder Gordon Dalgleish some of the Club’s history, its membership and some of the unique touchpoints that make for such an enjoyable visitor experience.

END_OF_DOCUMENT_TOKEN_TO_BE_REPLACED 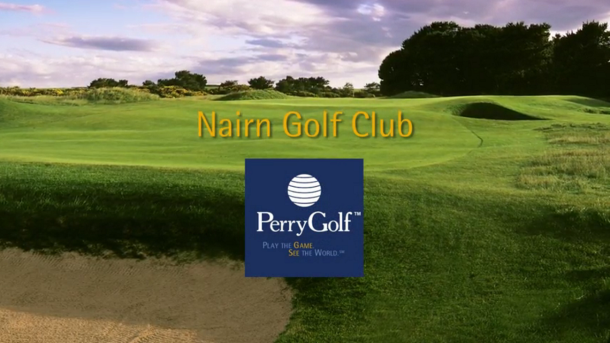 Nairn Golf Club is nestled on the shores of the Moray Firth less than 20 miles northeast of Inverness.
Like so many of Scotland’s most respected courses, it’s a descendant of Old Tom Morris and James Braid. END_OF_DOCUMENT_TOKEN_TO_BE_REPLACED

Back in May 2013, four friends set out to Scotland for the golf vacation of a lifetime. With the help of PerryGolf, the group was able to get tee times at all ten courses they’d hoped to play, even Muirfield and the Old Course at St Andrews. The trip was undoubtedly a huge success for the golf buddies and the perfect way to celebrate the 40th birthday of Alan Shipnuck. Originally published on golf.com , below is Shipnuck’s grand story of the foursome’s incredible Scottish Golf Vacation.
END_OF_DOCUMENT_TOKEN_TO_BE_REPLACED

The 2012 Curtis Cup will be held at Nairn Golf Club on the 125th anniversary of the founding of the club.   The course, which has hosted a number of important tournaments over the years, including the 1999 Walker Cup and the Scottish Amateur Championships, will be the most northerly venue yet.

The announcement will provide another boost to the Highlands, which over the past two years has increased in popularity with overseas visitors after the opening of the fantastic Castle Stuart Golf Links which is being tipped to be the next host of the European Tour’s Scottish Open once Loch Lomond ceases to become host venue.  When you add these two fantastic courses to Royal Dornoch, which is in the top 20 world rankings, it gives the area a huge appeal to all golfers.