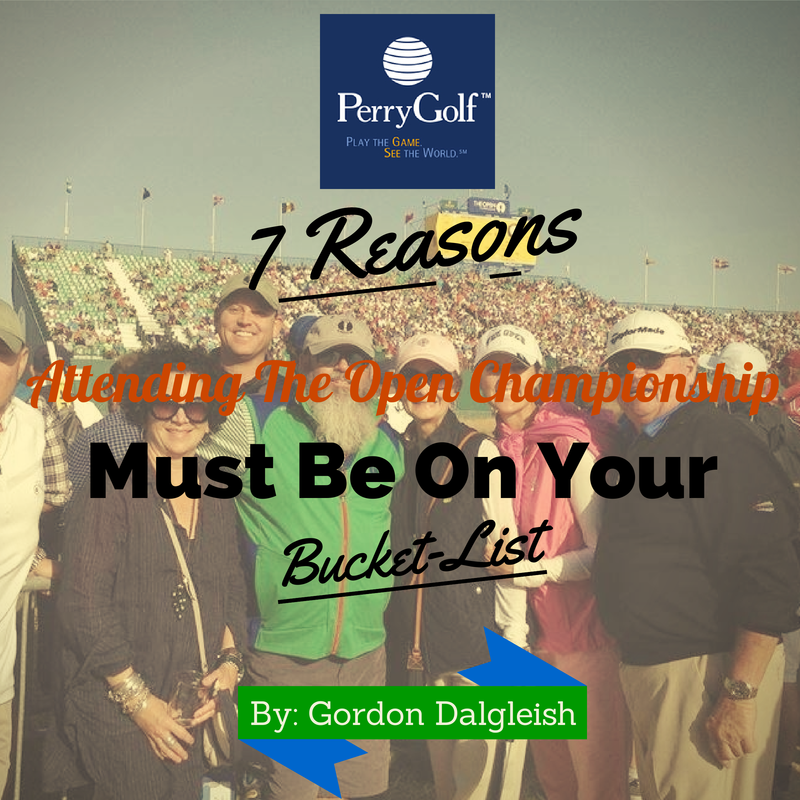 Golfers have varying degrees of desire to attend and spectate professional golf events. Given the significant amount of effort and planning required to attend any of the Majors, I can certainly empathize with those who feel the process to be a bit overwhelming at times. I would, however, suggest that if you had just one Major to attend, it should be the Open Championship…for a variety of reasons;

The Championship is titled, “The Open Championship” for the simple reason that in 1860 when it was first played at Prestwick Golf Club, it was the only event of its kind. The winner was declared “The Champion Golfer of the Year” and is still introduced the same way at the award ceremony on the 18th green at the conclusion of the Championship. Past winners are a veritable who’s who of the greatest golfers of their era who challenged their peers over courses which have fundamentally changed very little over the intervening centuries. The biggest changes are the technology of the equipment used, the number of spectators, and the dress of the crowd (very few collars & ties amongst the spectators)!

Over the years, other events have tried to emulate the Tented Village which has been part of the Open experience for many years – the Merchandise and Bollinger tents are just two areas. As you look around, there are several images that provoke more of a sense of a village fair than a Major golf tournament. Soon enough you can easily walk back onto the course and witness the action from one of the many “stands” (bleachers in the US). 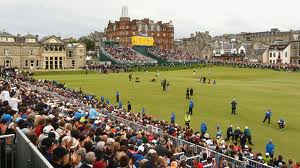 Placing a wager on golf (or any other sport) is entirely legal in the British Isles. Bets on a variety of possibilities, scores, leaders, winner, and so forth are actively offered and available through licensed bookmakers in the shopping areas of the United Kingdom. It is all part and parcel of the national interest and fun to be had when attending the Open. You can bet on who wins the tournament, who makes a hole in one or who has the highest number of birdies in a round or the tournament, and etc.
The R&A has announced however that players must sign a no-gambling waiver. While the patrons at the Masters may be regarded as the politest of golf spectators and the fans in New York perhaps the most raucous and enthusiastic, virtually every player without exception will recognize Open Championship spectators as the most knowledgeable. A bad shot is not awarded with shouts or clapping, more often that receives a groan of empathy…whereas a crisply hit shot is rewarded with appropriate acknowledgement. Due to the relative size of the British Isles, major sporting events such as the Open or Wimbledon absorb the nation as a whole. It is the daily headline in the national newspapers and large swathes of television broadcast time committed to the event, which in turn often results in even non golfers having an opinion they wish to share. 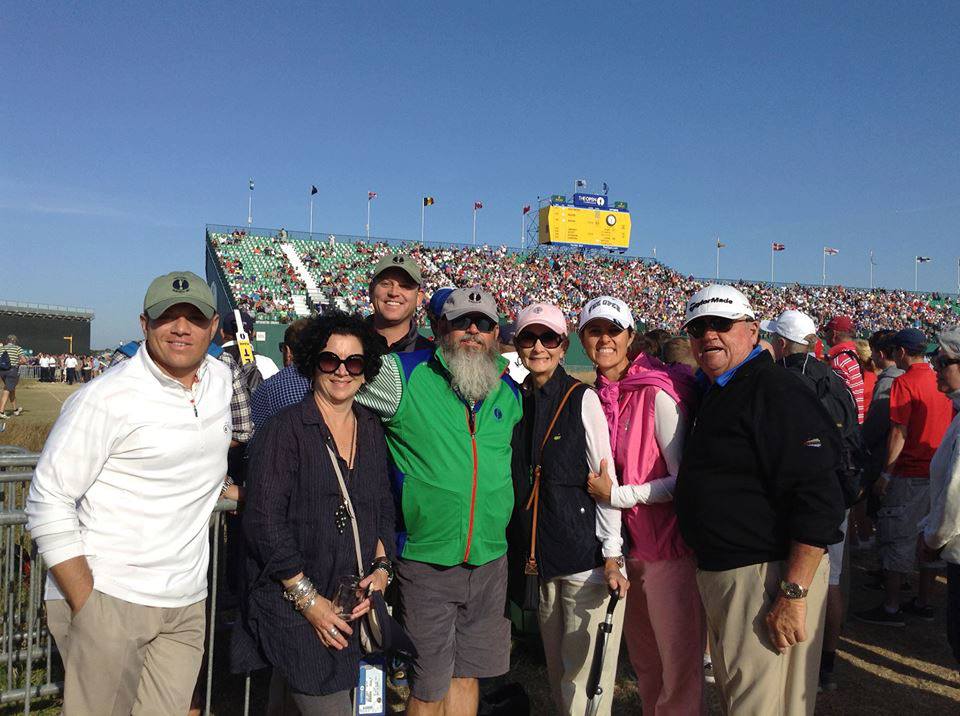 As with the other 51 weeks of the year, golfing in the British Isles is a very accessible sport. When you attend an Open Championship there are invariably other fine links courses in the same region…maybe not on the Open Rota but nonetheless great examples of links golf. Bring your clubs and plan to play some golf. You shall indeed be as excited as ever to hit the links yourself and try hitting some of the same shots you witnessed the Greats of the game trying in the Championship…perhaps most notably the bump & run approach.


As The Open Championship has a firm Rota of only ten courses in the British Isles which would be considered for hosting the event, the logistical infrastructure surrounding each venue is more than impressive. One aspect is a coordinated public transportation schedule from nearby cities & towns which provides seamless access to each and every venue.

Some may view the vagaries of the weather in the British Isles to be a negative; I would suggest it is a positive and indeed a key and integral part of the fun. Generally players are tested on every aspect of their game very often with a healthy breeze exaggerating any flaw that is visible. The pleasant coolness of a British summer provides a wonderful relief from oppressive heat we can experience in various parts of the USA during the summer months.

In closing, The Open Championship is unique in so many ways, is one that you will reflect back on fondly as you watch the action on television year after year, and by any and all calculations,

The Open Championship is a Bucket-List Golf Trip.

About the Author: Gordon Dalgleish is the Co-Founding Director of PerryGolf, the leading provider of international golf vacations. You can find him on Google+ and
LinkedIn. 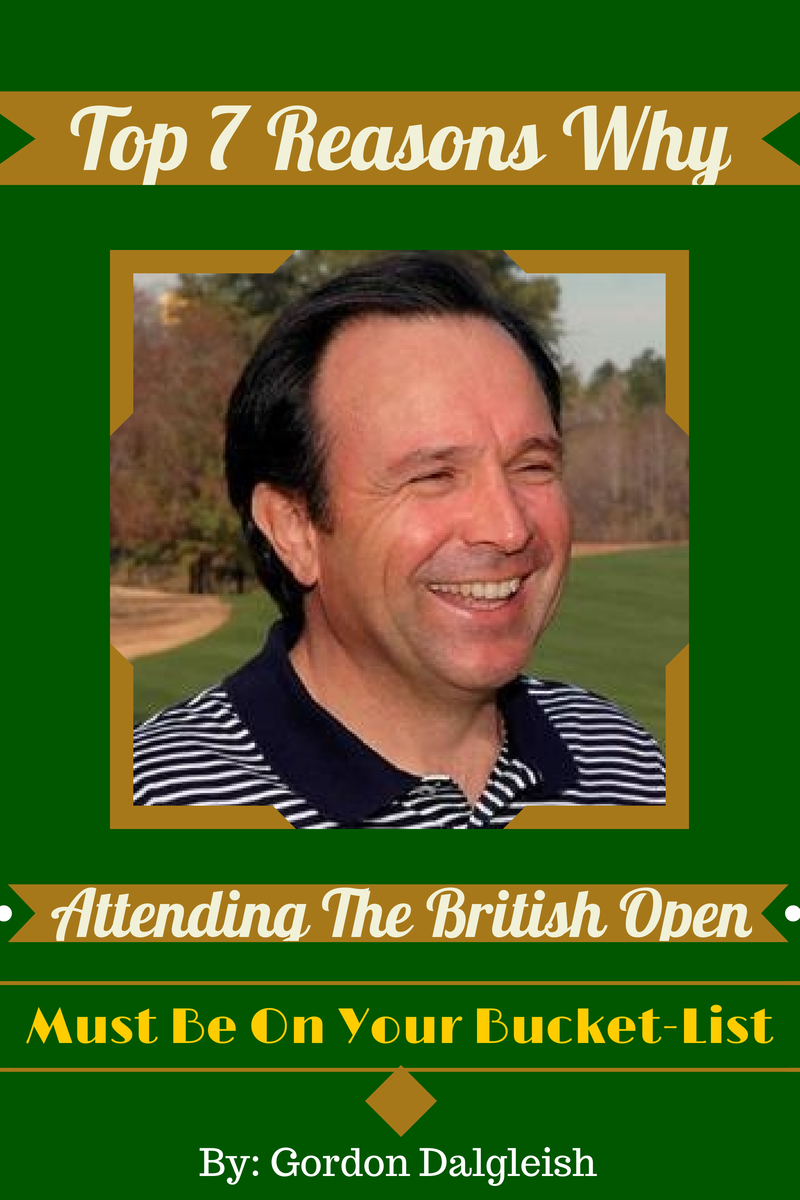