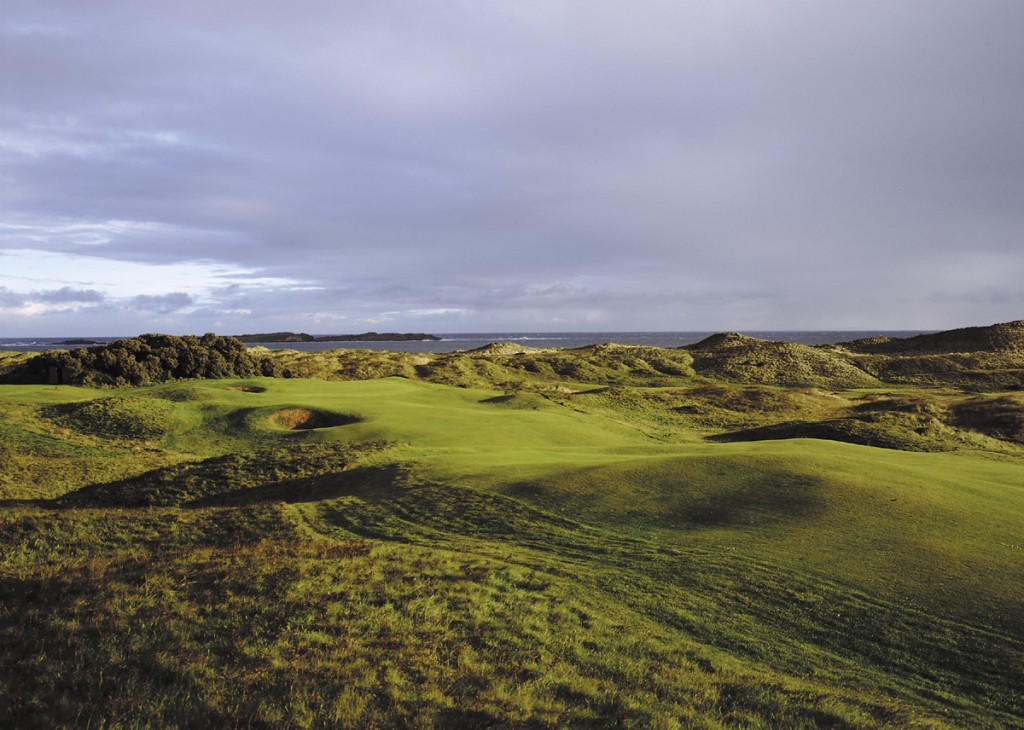 END_OF_DOCUMENT_TOKEN_TO_BE_REPLACED

UPDATE Feb 28, 2013 : Good news being reported on the status of the proposed development by the BBC.  It would appear the development is going to proceed which is terrific for tourism in Northern Ireland.

I had recently commented on some new golf courses to watch in the coming months and years that would be great additions to the golf travel landscape. One of these courses was in Northern Ireland.

The recent article in the Guardian newspaper in Britain caught my eye as it appears the National Trust are flexing their legal rights in an effort to thwart the construction.  As with any development, people can take opposing viewpoints for valid reasons. The part of the article which caught my eye was towards the end;

“Critics say that Northern Ireland has learned nothing from the painful lessons of its over-reaching southern neighbour. The “Celtic tiger’s” building boom saw a glut of luxury developments, but the ensuing bust has left many lying empty.

However, their opponents say the problem is not over-development, but lack of development. The economy in Northern Ireland is flatlining and jobs are scarce. Last month Patton Group, one of Northern Ireland’s oldest construction firms, called in the administrators. Samson and Goliath, the massive cranes operated by Belfast’s famous shipbuilder, Harland & Wolff, are in danger of becoming little more than tourist attractions as the global economic turmoil continues. And despite Cameron’s hopes for a tourism bonanza, the number of people visiting the country fell by almost 12% this year, an alarming drop given the substantial PR campaign that was employed to draw people in during the Olympics.”

If this is indeed the core issue at hand, that Ireland over built in the tourism and golf sector during the good times, and is now suffering those consequence as demand falls, it fails to recognize the difference between quantity and quality. Our recent experience (since 2008) is that demand for golf in Northern Ireland has been far stronger than the rest of the island. Affluent golfers who travel from the United States to play the best links courses want just that. With all due respect, some of the courses built over the last decade in Ireland have not measured up to the quality links golf experience that visitors anticipate.

Only time will tell if this development achieves the lofty international acclaim and recognition that new golf developments such as Bandon Dunes, Cabot Links or Barnbougle have themselves accomplished, but to oppose a development based on the obvious shortcomings of prior developments is a fairly low benchmark to use as you try to stifle job creation and enhance an already strong golf destination.

If you are going to be in Northern Ireland between the 3rd and 7th of June this year, the arrival of the Olympic torch will be a sight to behold.

The flame will journey over from Greece to arrive at Land’s End on the 18th of May 2012.  Here will begin the 70 day trip around the UK.

Travelers to Northern Ireland this year can expect to see the torch-bearers arrive into Belfast on the 3rd of June; it will then be carried through more than 60 towns and villages until the 7th of June where it will leave for Cairnryan in Scotland.

Travelling for around 12 hours per day, the torch will ultimately arrive at the Olympic Stadium in Stratford for the lighting of the cauldron at the opening ceremony.

List of destinations in Northern Ireland through which the torch will be relayed:

4th June – the torch will be taken across the River Bann and then on to Coleraine, Articlave, Castlerock, Downhill, Ballarena, Limavady, Ballykelly, Greysteel and Londonderry.

6th June – after leaving Newry, the flame will be taken to Lisburn and Belfast.