To watch the amazing golf shot video of the pin below, CLICK HERE 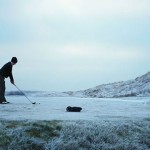 Do you know any other funny golf quotes?


WATCH VIDEO BELOW!
VIDEO below of a PerryGolf client holing out for eagle on hole 18 at the Old Course, St Andrews!