Possessing rare natural grandeur along with vibrant cities, intriguing culture, exquisite dining plus a proud and growing golf pedigree, South America is a special golf destination. PerryGolf is thrilled to offer Escorted Tours and a Golf Cruise designed to showcase the best of Brazil, Chile, Peru and Argentina. From the striking enormity of Patagonia to the bustling streets of Rio de Janeiro and Buenos Aires, exceptional layouts like The Olympic Golf Course, Buenos Aires Golf Club and Chapelco are home to every stop... Read More

Our fully managed Escorted Tours are fixed itineraries allowing 24 – 30 Guests to explore Argentina from the unspoiled natural beauty in Patagonia to the bustling streets of Buenos Aires. Commonly described as the Paris of South America, Buenos Aires bears a strong resemblance to major European cities offering a colorful mixture of culture and architecture. No visit is complete without savoring the grass fed, free range beef this country is famous for, plus a glass of Malbec, plus of course be sure to take your turn on the tango floor, the national dance of Argentina.

Patagonia straddles the Andean mountain range in the southern reaches of South America and incorporates both Chile and Argentina. Some of the world’s most dramatic scenery dots the landscape of this stunningly beautiful area relished by fly fishermen and nature lovers alike.

A short flight west takes us to Santiago, the capital of Chile, located in a picturesque valley and surrounded by a quartet of mountain ranges including the snow-capped Andes. Tour the city, from Plaza de Armas to La Moneda Palace. The Central Market offers a sampling of the local flavors and aromas. Visit the exquisite Santa Rosa Vineyards, tasting the vintage wines produced in the region and enjoyed around the globe.

The golf on these Escorted Tours includes Buenos Aires Golf Club, which is top two in Argentina and played host to the 2000 World Cup Golf Championship won by the American duo David Duval and Tiger Woods, toppling the home team of Ángel Cabrera and Eduardo Romero by three shots. Chapelco Golf Club is a Jack Nicklaus “family” design found in northern Patagonia. El Desafío is a super scenic 9-hole design by the Australian legend Greg Norman which many predict will become Argentina’s number one ranked club when the back nine opens. Gávea, the most prestigious club in Rio, is first on the golf itinerary, and it’s a beauty, short but sweet and bearing the touch of architects Stanley Thompson and Robert Trent Jones who modified the layout in the 1930s,The Olympic Golf Course is a links-style test located about an hour outside the city within the Marapendi Natural Reserve. The layout demanded superior shot making while producing high drama during the unforgettable showdown between Justin Rose and Henrik Stenson in 2016.

Onward to Cusco, the capital of the Inca Empire from the 13th until the 16th-century Spanish conquest, where we’re surrounded by ruins which are mystical, improbable and overwhelmingly remarkable. The centerpiece is the elaborate citadel at Machu Picchu, an estate most archaeologists believe was built for the Inca emperor Pachacuti (1438–1472). It was abruptly abandoned during the Spanish conquest after being occupied for only a century. American historian Hiram Bingham – name sake for our train – uncovered the ruins and brought them to international attention in 1911. In an instant, you’ll understand why this site is listed among The New Seven Wonders of The World.

We will enjoy a pair of overnights in Rio and Buenos Aires. Carnaval won’t begin in Rio until February but make no mistake this lively town is always on. Copacabana Beach is synonymous but there are 22 beaches altogether. Music here is the lifeblood featuring nearly ever genre but it is samba that you will hear everywhere and particularly in Lapa, a rather edgy district that attracts all walks of life. You’ll experience it all under the outstretched arms of Christ the Redeemer atop Corcovado Mountain, one of the New Seven Wonders of the World.

After stops in Ilhabela, São Paulo, Montevideo and Punta del Este, we conclude in Buenos Aires. You’ll see European influences here plus parrillas (steakhouses) on practically ever corner. Quest’s concierge will point you in the right direction, very likely to San Telmo, a trendy barrio with cobblestone streets where you’ll experience perfectly grilled sides of flavorful beef paired with a local Malbec or Bonarda. From there its time to tango, either to see a show or try for yourself.

Our golf is diverse and challenging. Renowned architect Gil Hanse designed the Olympic Golf Course in Rio for the 2016 Games. Buenos Aires Golf Club is one of the leading clubs in all of South America routinely ranked among the top two in Argentina. Cantegril in Uruguay is a tree-lined layout that demands an accurate tee ball over it 6,411 yards. São Fernando Golf Club in São Paulo first gained a worldwide following when it hosted episodes of Shell’s Wonderful World of Golf.

We are pleased here to feature our current collection of Golf Cruises and/or Escorted Tours for this destination.  These vacations are designed for golf couples who enjoy combining  experiences like luxury cruising and safaris to wine tasting and sightseeing with some of the best golf in the game.  Schedules are offered throughout the year and around the world.  The entire portfolio of more than two dozen itineraries is  available for review at  2020 / 2021 Tours & Cruises. 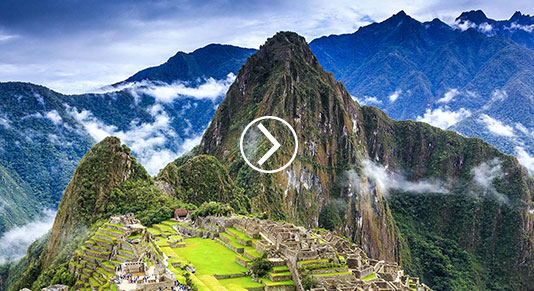 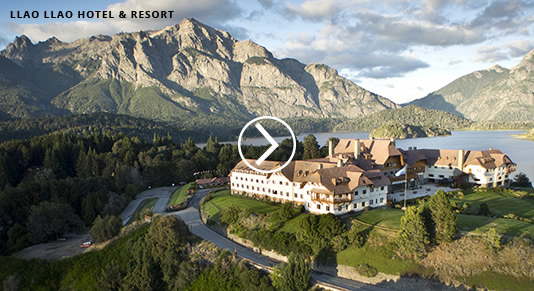 Authorised Provider of Packages to The 149th Open
at Royal St. George’s in 2020
THE OPEN
© PerryGolf. One of the most respected providers of custom golf tours and golf cruises to the world's most memorable destinations for men, women and couples.
800.344.5257 | Expert@PerryGolf.com