NEW! We are excited to inform you of the newest addition to our PerryGolf Galleries – The Old Course at St Andrews.  These incredible photographs have been taken by Russell Kirk, a leading golf course photography specialist in the world.

END_OF_DOCUMENT_TOKEN_TO_BE_REPLACED


Want to attend next years Open Championship?  Click here to learn more about the 2014 British Open Escorted Tour by PerryGolf and be sure to check out PerryGolf’s fully interactive Google Earth Video of the 2014 British Open Escorted Tour – you’ll be able to pause the video and browse around the area as you please via Google Earth.  Thanks for reading!

We are excited to inform you of the new and updated high resolution photo gallery – PerryGolf Galleries.  These photographs have been taken by Russell Kirk and Aidan Bradley, two leading golf course photography specialists in the world, END_OF_DOCUMENT_TOKEN_TO_BE_REPLACED 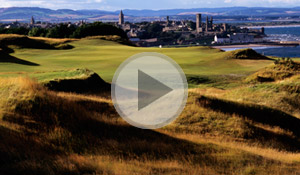 Although opened to a flurry of some controversy, The Castle Course at St Andrews will begin its fourth year of play in 2012 with some well considered modifications.  Several greens including 15’s enormous false front have been “tempered” for less slope plus the club plans to keep the surfaces softer than in the past.  Secondly, there are fewer blind “hummocks” – those large, hay covered, well- struck-drive-eating mounds to avoid.

END_OF_DOCUMENT_TOKEN_TO_BE_REPLACED

The Old Course in St. Andrews has been named as number one at the top of Celebrated Living magazine’s Platinum list of the Top 20 International Golf Courses.  In second place is St. Andrews Links Trust’s newest course, The Castle Course.  There are welcome accolades in the run up to the 150th Open Championship being held on the Old Course this year.

To read the article in more details, click here.